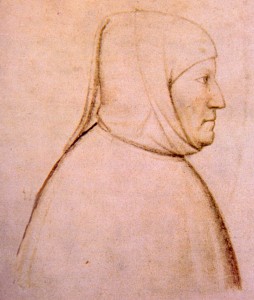 Petrarch’s collection of lyric poetry is known as the Canzoniere (“Song Book’) and sometimes also as the Rime sparse (“Scattered Rhymes’), a title taken from line 1 of the introductory sonnet. Neither of the two is Petrarch’s title; his own had been, significantly, in Latin–Rerum Vulgarium Fragmenta, “fragments’ written in the “vulgar’ tongue, i.e., current poetic Italian as opposed to Latin.

The main image of Petrarch, as it has been through the centuries and justifiably remains, is that of the author of sonnets written in honor of his beloved Laura or somehow related to that central experience. The selections in the anthology belong mainly to that category. It should be noted, however, that the Canzoniere comprises in all 366 poems numbered by the poet himself; and though an overwhelming majority of these are sonnets (317), many are written in other forms, notably the much longer and the metrically varied canzone, of which there are 29. Still other forms represented in the collection are the sestina (9), the ballad (7), and the madrigal (4). Excellence in the poetic art was closely identified in Petrarch’s day with technical skill in handling a number of verse patterns and in achieving variety within strict metrical norms. It was also closely identified with music. “Lyric’ poetry is named for “lyre,’ a musical instrument; canzone is the Italian for “song’; and the root of the word “sonnet’ is in the Latin sonus, “sound.’ Musical accompaniment was regularly seen as part of the “performance’ of a poem; in fact, sonnets by Petrarch have been set to music up to our own century.

The ordering of the Canzoniere was made by the poet himself; to see it exclusively as a poetic diary of his love for Laura from its inception through its countless modulations to her death and to the continuing celebration of her image is to forget that not all of the Canzoniere is devoted to Laura. Sonnets 136—38, to give a particularly extravagant example, are invectives against the papal court at Avignon; and the canzone numbered 78 (not to be confused with Sonnet 78, printed in the anthology)–one of the most famous poems in the Italian language–is a lament on politically divided Italy, with an exhortation to peace, in what we may call the mode of “cultural patriotism.’ (A significant quotation from this poem will be found in the Machiavelli selections in the anthology, at the very close of The Prince.) These exceptions allowed for, however, it is fair to say that poems in praise of Laura alive make up the largest part of the collection, and poems commemorating her after death most of the rest.

During his life Petrarch was in contact, professionally and otherwise, with courts, the most memorable being that of the pope at Avignon, in Provence. That region also provides the physical landscape against which Petrarch’s love for Laura is imagined. His sonnets can be partly described as courtly love poetry in the sense that they originated in an aristocratic milieu.

Love poetry has, of course, a long tradition from remotest antiquity on. Petrarch’s immediate and obvious antecedents are Dante and poets such as Guido Cavalcanti (cf. Dante, Inferno X.52—72, and Purgatorio XXIV.19ff.). Apart from quotations in Latin, the only non-Italian lines in The Divine Comedy are spoken by the poet Arnaut Daniel in his native ProvenÃ§al tongue (Purgatorio XXVI.140—47). Petrarch was also steeped, of course, in the culture of antiquity; and the major Latin love poets–Ovid, Tibullus–figure prominently among his sources.

Equally evident in his work are manifestations of the Christian tradition. One is the insistent connection that he makes between his love and the Passion of Christ, as shown in Sonnets 3 and 62. Another is his sense of love as guilt, in the expression of which he initiates the now-familiar Romantic image of the poet as lamenting sufferer. Closely related to both of these is his framework of repentance and confession as if after a sinful life. This, as found in the Canzoniere, has its chief source in the Confessions of St. Augustine, probably the most important influence in Petrarch’s intellectual life. It would not be amiss, in fact, to think of the Canzoniere as Petrarch’s own Confessions. 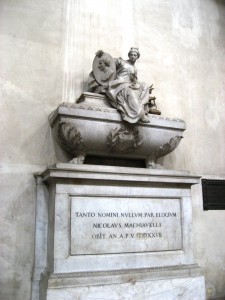 Machiavelli’s cenotaph in the Santa Croce Church in Florence

To each of the twenty-six chapters of The Prince, Machiavelli gave a strictly undecorative explanatory title, originally in Latin, then the standard language of scholarly communication. The style of the work makes it one of the supreme examples of vigor and originality in the history of Italian prose. The general distribution of the material is announced in chapter 1. Chapter 2 takes up hereditary princedoms. Chapters 2 and 3 deal with the conquest and maintenance of new provinces by a state already possessing its own structure and form of government. Chapters 4 and 5 concentrate on how best to annex cities or princedoms that had previously lived in freedom under their own laws. Chapters 6 through 9 handle newly formed princedoms acquired by the force of arms (6—7), by crime (8), or by the choice of fellow citizens (9). Chapter 10, as a kind of corollary, discusses the military defense of such newly formed states. Chapter 11 moves to “ecclesiastical states,’ i.e., the dominions of the pope, their unusual nature, and the vast current power of the papacy. Chapters 12 through 14 examine what to Machiavelli and to most modern statesmen is the major problem in the government of a state–the organization of its armed forces. According to Machiavelli, the prince must not enlist mercenaries but rather have his own armies, the art of war being the only one that pertains to a sovereign. Chapters 15 through 23, in turn, concentrate on the qualities and codes of behavior that should characterize an efficient ruler and inspire his conduct. The uses of praise and blame, of liberality and stinginess, of cruelty and clemency, and finally of keeping or not keeping promises are expressed in a form so definitive and lucid they can hardly be summarized. For a specimen, see the second paragraph of chapter 18, which is possibly the most famous and controversial passage in the history of political writing. 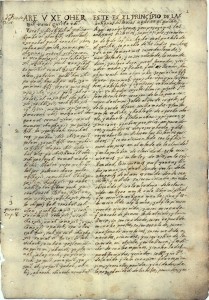 Read the translator’s introduction to the Popol Vuh. Click on the pic below for a video in which scholars discuss the Popol Vuh: 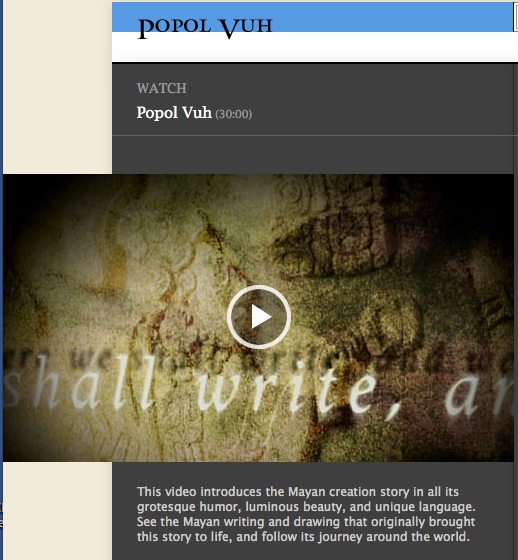