Achilles and Hector are both warriors, leaders and men of great stature but it’s about there that the similarities end. Achilles is driven by anger and attitude, is violent and unforgiving of a person’s flaws and more centered on warfare than leading peacefully. Achilles “rage” is presented as the catalyst to the Acheaen’s destruction during the Trojan war.

Hector is the opposite side of the same mold. Quite literally his name was interpreted as “he who holds together.” He has a strong sense of family and leadership over the people of Troy, and is focused on keeping his people protected and fruitful  rather than creating  a society of warriors.  However, he still is able to hold his own and be a great warrior when the time calls for it. He’s able to shoulder the responsibility of war and balance it well with the responsibilties of leading his people and his family.

King Priam’s grief over the death of Hector is what snaps Achilles out of his mood. Priam brings his grief to Achilles and asks for Hector’s body for a proper bural ceremony. This display of open weakness over the loss of a loved one brings Achilles to a sense of empathy. This brings a transformation for Achilles from a rage filled war machine to an actual human being with empathetic feelings.

Hector shows that Familial code and Warrior code are not mutually exclusive. He is able to balance each responsibilty to a great degree of success. Achilles shows what it’s like to focus too much on one (warrior) and get lost in it and lose your sense of humanity.

It surprises me greatly that nobody has posted about The Hobbit or Lord of the Rings as their examples of the Hero’s Journey. To me, no book or movie holds up as a better example, except maybe Harry Potter.

Let’s start with our Tolkien Heroes. In The Hobbit, this of course is Bilbo Baggins (And believe me, I am judging you harshly if you don’t already know this … (: ) and it LOTR, it is his nephew Frodo. They are hobbits, from the Shire, and seen by the rest of the creatures and man in Middle Earth as nonthreatening, if they even know what a hobbit is. In both of their journeys, however, they prove to be of great use or valiant character.

In The Hobbit, Bilbo is offered his call to adventure when the legendary wizard Gandalf shows up and asks him if he’d like to go on a quest. Bilbo quickly declines his offer and in a show of the endless kindness of hobbits, politely invites him over for tea. The call to adventure comes again the next day with a knock at his door – “Dwalin, at your service,” – followed by twelve more dwarves and Gandalf again, this time there to explain their quest as Bilbo scrambles to throw an unexpected dinner party.  The next morning Bilbo wakes up to realize his party is gone, and runs out the door shouting to a passerby, “I’m going on an adventure.” Here we’ve gone through the call, the refusal, and even dabbled in supernatural aid.

In LOTR I find the finest example of crossing the threshold. Frodo, accompanied by Sam Gamgee, is attempting to meet Gandalf in Bree just outside of the Shire. In the movie, Sam stops in the middle of the wheat field, and tells Frodo that this is it; the farthest point he’s ever been. This moment marks the point that Sam and Frodo leave the comforts of home and are truly into the unknown.

I could write for hours making in depth comparisons of the novels/movies to The Hero’s Journey for Tolkien’s work but I’ll make things short and stick to just one novel, The Hobbit. Bilbo is forced to “prove” himself to his company, which is manages to partially do (all except for Thorin) after finding the ring in the cave with Gollum – his “belly of the whale” – and sneaking up on the party. His road of trials includes fighting goblins, having a riddle battle with Gollum to survive, the trolls, the spiders, and having the entire dwarven party be captured by the elves in Mirkwood – which Bilbo manages to save them from. There’s no temptress in the form of a woman in The Hobbit – but there is the ring, which proves in the later LOTR books to be exactly a temptress.

2. Most cinematic features today I believe wouldn’t serve the purpose defined by the four functions if simply because every movie today is a retelling of older stories – hence the new Hobbit movies coming out, the Marvel movies, and remaking a not yet outdated spiderman movie. These are stories we’re all comfortable with, and they’re remade to be simple and shallow. It’s hard to find a movie these days that is a true coming of age story that encourages the reader. There are exceptions to every rule, however, and some movies (even adaptions like The Book Thief,) fulfill the deeper need that human beings have traditionally filled with stories.

Hi, I’m Ashleigh (not ASH, not ASHLEY, it’s AshLEIGH), and I have a very corny (read: LAME) sense of humor. I’m a life long Alaskan, nerd, and sports aficionado as long as those sports are softball, Nanook hockey, and college football (Roll tide!). If anybody in the class is an Auburn fan, hello, I don’t like you, good day. I like to two step (that’s the dance between two people to country music, not the hip hop version), fish, read, and crochet because at heart I’m really an old lady. Between september 12-15th I’ll be MIA out off the Denali Highway moose hunting. I’m a strong supporter of the Oxford Comma and I passionately believe Batman would kick Superman’s ass. I’ve played the violin for fourteen years, attempted (mostly unsuccessfully) the guitar for ten, and piano for eight years. 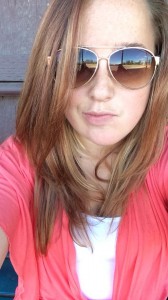