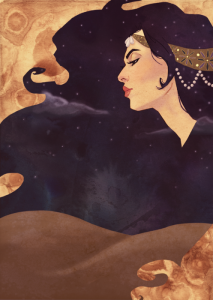 It seems very clear that the demon in the story represents the King, Shahrayar, and his vow to kill his new wife each morning after the marriage so that she will not have a chance to cheat on him. The fisherman is representative of the innocent girls the king has killed and most importantly Shahrazad his current wife. The fisherman is just doing as he always has and casting his net four times, to find it full of worthless junk until he pulls a lead sealed jar of brass from the depths. When he removes the lead stopper a huge demon appears who threatens to kill the fisherman. In response the fisherman asks, “Why do you wish to kill me, I who have released you and delivered you from the bottom of the sea and brought you back to this world?’ In reply the demon tells of how he was imprisoned and the vows he made over the time of his incarceration. Starting with making 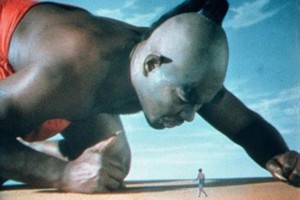 whomever frees him rich till finally he twisted his vow so that whoever set him free would earn the worst kind of death or get to choose their own death. Hearing this, the fisherman asked for mercy saying forgive me and you will also be forgiven, but harm me and you will also be harmed, but the demon would hear none of it so the fisherman tricked him back into the jar. Once again trapped the demon pleaded to be set free, but the fisherman refused since the demon vowed to kill him. Instead of freeing him a second time the fisherman told the story of King Yunan and the Sage Duban. In this tale King Yunun represents King Shahrayar and the Sage Duban is Shahrazad. King Yunun has a disease which none have been able to cure, just as King Shahrayar has a madness no one can counter. The Sage comes to the king with a cure and heals him, but a jealous vizier sets out to create the sages doom. The vizier is representative of Shahrayar’s brother who after his own adulterous wife was caught witnessed the King’s wife in similar acts and was the one, who set Shahrayar on the path into madness. The vizier in the story is who causes the King to question the good deeds of the Sage and who poisons the King’s mind against the sage. Within this tale there is another one of the Husband and the parrot. In this tale the husband uses the parrot to get information on his wife and when the parrot is tricked and tells of a rain storm the husband believes it has lied to him and has the bird killed only later find the parrot was telling the truth. This story also reflects the situation between King Shahrayar, his brother, their unfaithful wives, and Shahrazad. It tells of the regret the husband had of killing the faithful parrot. After this tale the vizier relates a story of a king’s son and a she ghoul which follows similar lines. Here we see the common thread of asking for forgiveness and protection, and the fear of trust. The king decides to strike of the Sage’s head even though the Sage has said, “Spare me, your majesty, and God will spare you; destroy me and God will destroy you’. This lack of trust in the Sage costs the King his life, as the theme repeats over again…do unto others as you will them to do unto you. After the retelling of these stories the Demon repents and gives a boon to the fisherman. This boon of a special hidden pool to fish in once a day brings the fisherman wealth and a mystery of the colored fish to a new king. When cooked a demon appears and talks with the fish then turns the fish to ash. This leads the king in the story on an adventure to find the answers behind the fish which leads to the tale of the enchanted king. 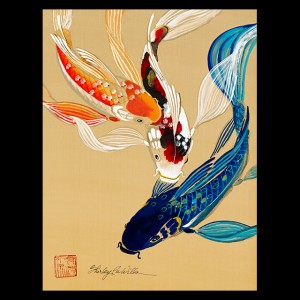 In this one the fish represent the citizens of Shahrayar’s kingdom and how they are trapped in his madness, and the unfaithful wife in the story represents Shahrayar who has been unjust in his treatment of his citizens. The helpful king is representative of Shahrazad; for in the story he rights the wrongs of the demon wife and kills her just as Shahrazad wishes to right the wrongs of Shahrayar and slay his madness. Like all the other tales in the 1001 Arabian Nights these are full of allegories. Each tale represents some aspect of what is going on in Shahrayar and Shahrazad’s world and the allegories in the tales are used to help heal the King and the kingdom.