The stolen beef and Jell-O are indications of where the character is. The stolen beef is her time with Silva, where she feels that she has stepped back in time to the ancient stories of Yellow Woman. She denies being Yellow Woman because Yellow Woman came from the past; she did not know highways and pick-up trucks as the main character did. However, the entire time she is with Silva she very well could be in a different time because they ride horses, Silva hunts, and there is nothing in the cabin that indicates otherwise. The Jell-O is a stark contrast to the butchered meat, one that brings the reader to present time. Jell-O is a modern food and shows how strange an old story revived itself in a more contemporary world. 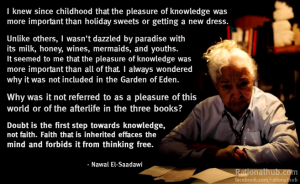 I am not sure how I feel about Laila Al-Fargani’s father. I want to sympathize with him, because she obviously cares for her family and the account made by her mother even brought me to tears. Regardless, her father, though he is concerned for her, seems more concerned with how people view him and his honor. When the audience cheered for his daughter, his thoughts were not to be proud of her heroism, but a desire, a feeling that it was his right, to be acknowledged and rewarded for her achievements. Then upon hearing voices around the court saying how her honor and that of her father was trampled, he lets it get to him and actually wished for death upon both himself and his daughter. He comes across as slightly selfish as his thoughts continuously turn back to him and his troubles as opposed to the plight of his daughter. 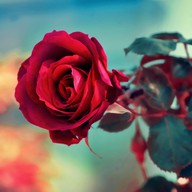 Death Constant Beyond Love signifies that “it is death that awaits us beyond everything else,’ (1091). The central themes are both love and death. Spanish writer Quevedo had written “Love Constant Beyond Death’ and the idea that love is so strong that it lasts beyond death is an idea still expressed today. This concept ca be a comfort and take away fears of death. However, Marquez takes a different approach, in that nothing pervades death. You live alone and you die alone, and the Senator declares that he is an Aries, a sign of solitude. The theme of death and the inability to fight nature permeates the story. He declares in his speech that “we are here for the purpose of defeating nature’ (1092), which we know is a lie when he meets with the town officials. In the same way he tries to fight death, taking on a passionate love affair to abate his fears, but in the end his fight is futile.

3 thoughts on “Yellow Woman, Political Prisoner, and Death Beyond Love”