1. In Yellow Woman both the Jell-o and the stolen beef are turning points in the story, which break the solemn mood. Before Silva rustl 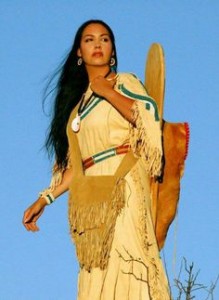 es the beef there is a sad, mystic quality. Yellow woman finds herself part of a tale of her people, she is abducted or willingly goes with a stranger who she feels a strong pull toward and meets while walking along the river. She seems drawn back to the man each time she wants to leave, she escapes into the old folklore her Grandfather told her stories from, from the everyday monotony of life on the reservation. The whole story seems very sad and melancholy. When coming down out of the mountains with the stolen beef, Silva and Yellow Woman are approached by an aggravated rancher, the stolen beef brings excitement to the story, as she flees and the bags of meat are bumping her legs. The suspense of meeting up with the rancher, and the fear of Silva shooting the rancher, hearing the shots but never knowing what happened behind her as she rides away add 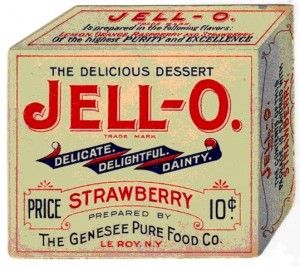 a new dimension to the tale. Then the story goes back to the river and Yellow Woman back to her life. She is again melancholy as she watches the horse drag it’s reins as it heads back in the direction she left Silva. She takes nothing with her but her memories of the adventure. She seems lost again in the sadness as she approaches the house. Then she hears them talking of how to make Jell-o she is brought back to the present; like waking from one of the stories of Yellow Woman her Grandfather loved to tell. The memories and wishing he was still around to hear of her adventure makes her smile, as the story comes full circle.

2. Leila’s father in the story is very proud of her and her political stand when the crime of calling the political leader stupid is met with clapping and support in the assembly of the court. The support is overwhelming and he wants to let everyone know he is the father of this remarkable girl, who stood up to the active ruler. To be seen as a hero as her father, to ride the applause and praise as if it was his own. He felt he had a right to share in her heroism. Then after the judges leave to confer behind doors he hears rumors in the assembly. Several 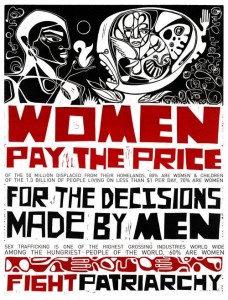 people were talking about the tortures Leila had endeared, about the rape by ten men, and the trampling of her honor and in turn her father’s honor. They speculated that he was ill and in bed because of the violation of his honor. After these remarks he wanted to hide, he did not want the recognition. He had told his daughter not to get involved with politics but had she listened. Now what was he to do that his honor was in ruins, he figured death was best for both of them. Under the type of society he is in I think he is justified in his reactions. When a child’s actions reflect back on the parents so strongly Leila’s shame is her fathers to share.

I think this is a very common way for parents to behave. How often has a family member or friend talked about the grand things their children have done as if it was their own success. I remember my grandmother being so upset when a family member got arrested because it would affect the family name in a negative way. Many families are enmeshed and all acts reflect back on the family. I remember having to ride a stranger’s horse for a flag presentation at a rodeo years ago; after the horse tried to buck me off during the performance I found out that the rodeo company used it as a bareback bronc when they needed extras. When I asked the owner why he placed me out of 14 girls on that horse his reply was “You are a Miller, I knew you could ride.’ Come to find out he was a good friend of my grandfathers many years back. Since he knew my family he just figured I could handle it, which I did. I am not sure with how the world is changing so fast that something like that would happen today. But in small towns, rural areas, and other cultures the idea that every member of the family reflects back on that family’s name is prevalent. We see it in movies all the time. The mothers trying to marry off daughters and there is always someone who is like ‘my son, you know the Doctor…would be perfect’. Or the parent figure saying something along the lines of ‘Why can’t you be like your sister, she is a Lawyer’. This idea of a child actions bringing shame or honor to the parents is not new. I believe every parent has felt it when their child fails or excels; the lows and highs of raising children. Because of this I find Leila’s father to be normal and his reactions to be fitting with the ideals of his culture and the hard path as a parent.

3. Death beyond love is very appropriate as a title. The main character is constantly thinking of his death and how soon it is coming to him. He has a terminal condition which is death to his body, when he chooses Laura as a lover over his wife it is the death of his married life, and death of his political career to scand 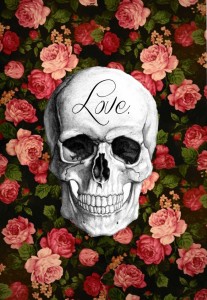 al. He is surrounded by death and only touched fleetingly by love. Even the country side seems to be harsh and unforgiving with his wore out cardboard displays as fleeting as life and love in the tale.   Even the paper birds take on life as he can not.   Love comes and goes but death is forever for Senator Sanchez.

3 thoughts on “Love, Death, and what lies between”