1. Is Felicite a saint or a simple-minded servant? Or is she both? Or is she neither? Outline your perspective of her character as compared to Mme. Aubain’s. How do they differ? 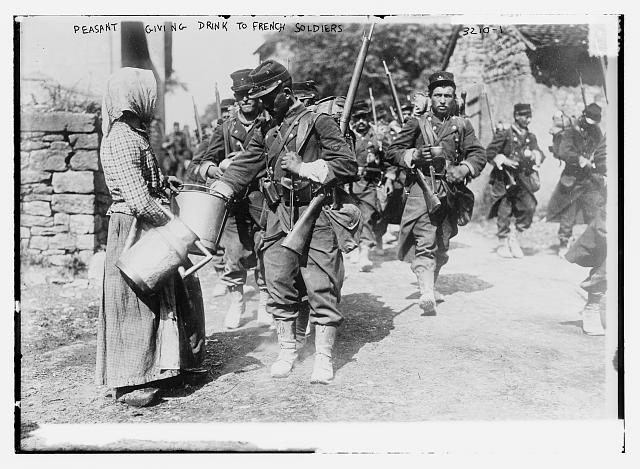 A French peasant girl offers drink to French Soldiers in 1914. One hundred years earlier, Felicite would not have looked much different. Photo public domain.

Felicite is certainly described as a simple-minded maid.   Perhaps Flaubert was imagining her as a saint, but I do not think so.   I enjoyed the story, it got right to the point and the descriptions really did give the reader a feeling of having been there. 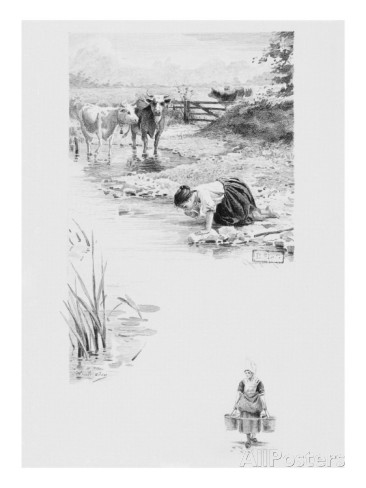 Illustration from “A Simple Heart”, by Gustave Flaubert.

Felicite is what we would perhaps refer to as a simpleton.   Simpletons are not often referred to as saints.   Saints are somehow accorded some measure of sophistication, even though we are usually only using the word to describe a person’s character.   Felicite certainly possessed a good heart, but as a simple one, she was simply acting upon impulse.   That is someone different from being a person of giving heart and joyous service.   Felicite is doing what she was born into.   Being simple minded, she neither aspired to greatness or fortune and did not resent her position.   Neither did she see that it could have been different.   Enlightenment had not come to her and perhaps if it had, she would have been uncomfortable with it.

I think too, that Madame Aubain would have been also, though I’m stretching a bit here.   She might have found being a liberated or educated woman requiring more of her personal engagement then she would have been willing to give.   One can only speculate.   But we can also admire Felicite’s ability to draw people in with her kindnesses, whether due to her simple nature or a saint’s heart.   Madame Aubain is perhaps deeply affected by Felicite’s devotion and as best she can, moves toward it.   In a similar vein, due to her station and upbringing and the time she lives in, Madame is a simpleton as well.   Neither possessing the power or will to change.

I didn’t enjoy reading Baudelaire much.   His poem “Her Hair” appears to delight in the beauty and honor of a woman, but then he seems to enjoy the descriptive choices he makes in the, “A Carcass”.   There is nothing flattering in this poem and is a complete flip of the former.   “A Carcass” seems to thrive on describing the type of characteristics a man dislikes about women who dwell in the street or grab at whatever they can get (the reference to the dog or fox dropping the morsel from the dead body).

On the other hand, Yeats describes a vibrant rebel in “Easter Rising, 1916”, with “shrill” voice, passionately debating the issue.   “What voice more sweet than hers when, young and beautiful, she rode to harriers?”   Here is a man admiring the woman who, being of privileged class, is well bred and accustomed to sport, “rode to harriers”, yet he remembers her voice being, young and beautiful then, not so now, filled with passion and “shrill” with emotion for the cause.

3. How are Chidam and Chandara distinct from Rama and Sita? 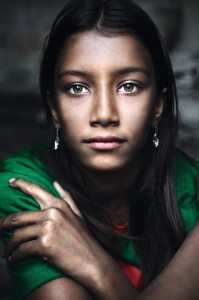 Perhaps Chandara is not far removed from the traditional Sita. Resolute and devoted, inspite of what is best for herself. Photo pinched of the web, artist unknown.

Rama and Sita complemented each other in honor and fidelity.   Chidam appears to be a bit of an idiot.   Chandara, raised to be obedient, remains so, unto death.   But she considers her duty fulfilled while awaiting execution.   Sita and Chandara are similar women in personal strength, but where Sita is high born and demonstrates such upbringing, Chandara is low born and in a realistic setting.   Life is what it is.   She didn’t ask to be Chidam’s wife.   Where Rama and Sita work together with established roles, Chidam blurrs the lines constantly, leaving Chandara to pick up the pieces.   I think this was a very poignant story in that I believe things sometimes do come about in such a contorted way in cultures where a man’s ego and standing in the small village setting overrule common sense and the women are frequently the bearers of the results.

4. Pick a Yeat’s poem and discuss what it communicates to you and why. 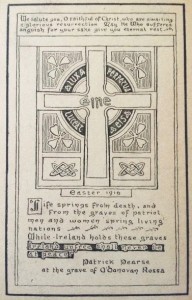 History is my favorite topic to discuss and chew on.   So I naturally gravitated to “Easter Rising, 1916”.   I enjoy the vague clues about such a poem, never really saying what its about, but if you know your history, it begins to ring a faint bell.   As you read on the names seem familiar and the story hidden in the poem takes its shape.   Not being a big fan of poetry, I’m not sure I see the meaning in the imagery of the horse in the stream, hooves and “hens to moor-cocks call;”, but the other stanza’s are fairly clear.   Yeats seems to have been very familiar with some of the rebels who paid with their lives or at least, he was well read about them from the press.   He mentions one in particular;

“This other man I had dreamed a drunken, vainglorious lout, he had done the most bitter wrong to some who are near my heart, yet I number him in the song;”

1 thought on “Romantics and Realists”