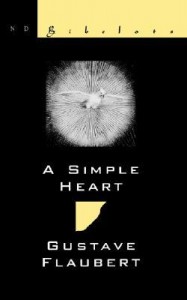 Each and every human being on this Earth is a complex being. While people can seem saintly, simple-minded, or anything else that a person can be I think that everyone is complex in some way. Our perspective is what makes us think otherwise of people. We as humans are quick to judge one another without really putting any thought into what the person might actually be like or actually taking the time to see what they truly are like. I honestly think that everyone has that flaw of “judging a book by its cover’ before ever getting to know a person. I’m not afraid to admit that I have judged someone before getting to know them, it’s just human nature. That little blurb now brings me to my answer about what kind of person Felicite truly is.

I don’t really think that Felicite can clearly be defined as a saint or a simple-minded servant. After reading into this story I find that she’s a rather complex person. On the surface it seems like she is just a simple-minded servant because she doesn’t know very many educational things. Just because a person doesn’t know educational things though, doesn’t make them a simple-minded person; especially in the time that this story takes place. She is able to do many duties that I myself wouldn’t necessarily be able to do but I don’t think that that makes me a simple-minded person. I think that it is really just about the perspective that a person looks at another person in. In this day and age some people have street smarts and some people have common sense. A person that has more knowledge of one thing than what another person has and vice versa doesn’t make either of them better than the other. I also don’t think that knowing more of one thing than another, even if that thing isn’t as widely recognized as a form of knowledge, makes a person simple-minded. Felicite knows how to take care of a farm, children, and is interested in learning whatever she can. She knows quite a bit, just because it’s not all common knowledge doesn’t make her simple-minded. She could be somewhat a saint though because of all the things she has been through in her life and how good of a life she’s kind of created for herself. But like I said above she can’t clearly be defined as one or the other. 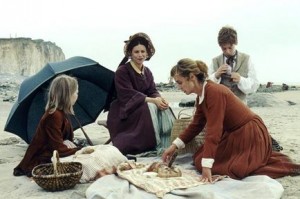 Comparing Felicite to Mme. Aubain really kind of solidifies my point about Felicite. Mme. Aubain doesn’t know all of the things the Felicite knows but I feel like she is probably just as smart as her just in a different sense. So she is also not simple-minded. I think that she probably doesn’t have the saint-like qualities that Felicite has. Mme. Aubain seems to be more harsh and selfish than Felicite is. While again, I don’t think that Felicite is 100% a saint, I definitely don’t think that Mme. Aubain is. She lacks the qualities that make a person a saint. When Felicite was trying to make Mme. Aubain feel better about her daughter not being there by telling Aubain about her nephew Mme. Aubain just brushed it off. She was quite rude about it. That is not saint like to me. I think part of being a saint requires being nice to others, even when you may not feel like it. I really just don’t think there is much of a comparison between Mme. Aubain and Felicite.

Overall, I think that everyone is a complex being. It’s really up to each and every person to make that call for themselves though, same with deciding if someone is a saint or not.   While I like to think that everyone has some sort of quality to them that makes them a saint I can probably never be sure of that but, I plan on continuing thinking so.

1 thought on “Saint or Simple-Minded Servant”