1. I found Felicite to be a simple minded servant, who without education had no preconceived ideas, and the imagination of a child. She lived in a simple way, understanding life as she has seen on the farm, experiencing the cruelty of humanity, the loftiness of the wealthy, and finding pleasure in everyday life. Felicite has a routine and odd sense of right and wrong seeming to tend toward duty above feelings. In her room she kept mementos of events and people in her life, these where her greatest treasures, from religious to personal items — each having its own personal symbol. LouLou a parrot given to her took on both a religious and personal part in her imagination and reality. Simple like a child she would ‘see’ herself in another’s shoes as if she experienced special events like Virginie’s conformation as her own. Felicite had a big heart if a simple mind. Even knowing her nephew used her kindness to his and his families benefit she loved him deeply. She loved Madam and her children as her own, and she loved that darn parrot. 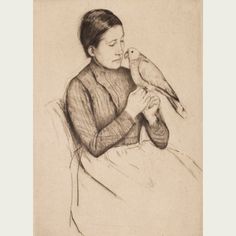 Madam Aubain was very different from Felicite. She was upper-class and very cold on the surface. Mme. Aubain was always seen as appropriate and no matter the feelings, did what she thought was proper like sending both children away to school. She made social calls and held some at her home, in every respect a lady even after losing her husband and downsizing to the town house.

Flaubert wrote the tale to be a saint’s story mirroring the suffering, trials, and beatific vision of known legends. In his own way he shows us a world of a simple minded servant by just being herself; finding religion in her own way. Felicite overcomes the trials and comes to understand the Holy Spirit and God in the only way she can by relating them to familiar icons in her life like the parrot. Flaubert takes the tale of a saint and brings it down to earth, embodied in the common daily life of his time. 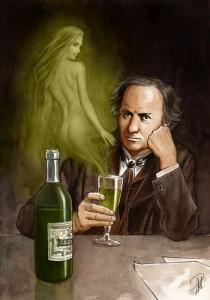 I will be honest; I did not understand much of Baudelaire’s work. It seemed very dark and twisted in his views at times then other lines pure pleasure. He seemed to love the idea of women and outward beauty but also hold a deep hate for the same body. He reviled in vices and expected all men to do the same and share like experiences. The imagery is vivid, bright, and grotesque at times. I think ‘Pairs Spleen’ defines the man — a person who has never found his place in the world always searching, never to be at peace, never to belong to this world.
3.

Rama and Sita represented dharma, always striving toward being honorable and fulfilling duty whether with each other or those of their world. Chidam and Chandara are more self serving. Chidam tells a lie to save his brother which endangers his wife. Chandara agrees to say she killed her sister in law but nothing more and out of spite dooms herself. In a way I can see her saying “Fine, I will play your game but you will pay the price of this foolishness. As your ‘dutiful’ wife I shall obey’, knowing full well it will cost her everything. She is a stubborn and proud woman, willing to teach her husband a lesson at the cost of her life. Both never looking at the larger picture, both only self concerned. Neither one being truly honorable as Rama or Sita would have been in such a situation. They show us a more human way of reacting instead of an idealistic approach.

4. ‘When you are Old’ by Yeats stirred memories for me. I understand it was written about Yeats love for Maud and her rejection of him. His fame when her career was diminishing and the regret of what could have been. But for me it turned around and was more of a man who was dashing in youth, and lost the love of his life after a long time together, to finally sleep as to hide from the memories and loss. I can see an old man thumbing a favorite book thinking of days gone by. Glancing at a faded portrait on the side table and recalling times of his youth. Mumbling softly to no one but a memory and placing his hand open on the arm of the chair as if to hold her hand again. Memories of life and love written on his face just like the pages of a book. Finally to doze off and let the dreams hide the pain in the stars. 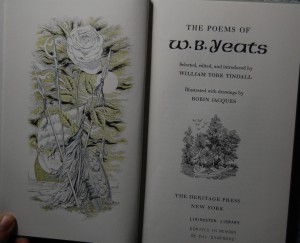