Everyone has different views on people within specific topics. Religion there are highly debated topics of which one is best and what each figure truly stands for. I think that it is pretty accurate to say that in all religions there is a God or God’s and some sort of Devil. Throughout history stories have been written that include the major figures of God(s) and the Devil or Satan. In this class we have read and written about Dante’s Inferno and we are now reading and writing about Victor Hugo’s poem Ex nox facta est. Between these two stories the view on Satan is quite different. But there are also some similarities as well. Starting out with Hugo’s poem and explaining kind of how Satan is seen in this story seems best since that is the main topic of this discussion question. 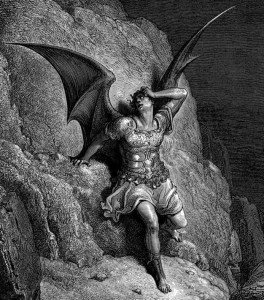 In Victor Hugo’s poem Ex nox facta es Satan can really be seen as somewhat of a heroic figure. The best way that I could really think to define the way in which he is a hero is by comparing what has happened to him in this poem to the Hero’s Journey chart. Some of things that happened to Him as he was falling from Heaven match to certain aspects of the Hero’s Journey. So from my perspective I feel like it can kind of make him a hero in a sense even though Satan is usually seen as a bad guy, not a hero. An easy link to make between the Hero’s Journey chart and Satan’s fall from Heaven is at the Threshold (beginning of transformation). At this point Satan/Lucifer has done something bad and is being cast from Heaven where as he is falling down to Hell he is losing his angelic wings and getting the bat like wings that look hideous. He faces some challenges such as being cast out and coming to terms with his punishment. After all of that though he comes to terms with it and is somewhat a rebirth for him when he states “He shall have the blue sky, the black sky is mine,’ (481). Shortly after he began flying and transformed into something quite terrible with hideous wings and claws and he realized towards the end that he was not going to be going back to Heaven, ever. But he was able to keep one feather from his angelic wings. By following some of the Hero’s Journey I think that it connects this poem and Satan with the characteristics of a hero to a point. Satan became the reigning person down in Hell making him somewhat a hero. One thing that I think of that kind of fits this situation and how he is a hero is by saying that he is the hero of all of the villains. He is the one who punishes the wrong doers and I feel like that is somewhat the makings of a hero, by stopping evil from doing more. 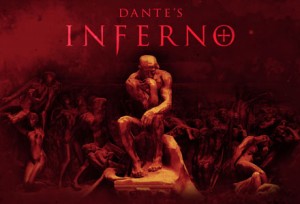 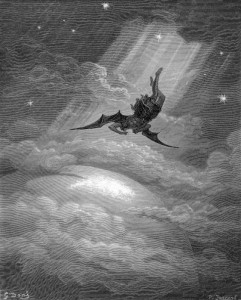 Dante’s account differs from Hugo’s in a noticeable way. This is seen by the entire way that Satan is described between these stories. In Dante’s he sees Satan in the depths of Hell and he does not speak if I remember correctly. In Hugo’s poem he paints the picture of Satan’s fall from Heaven for the reader. The reader can picture the fall happening and the changes that come to this once angel, where he is yelling at God for doing this to him. Once again in contrast, Dante’s story doesn’t really tell or paint the picture of Satan’s fall. Dante’s account kind of shows what happens and becomes of Satan once he has been down in Hell for so long. Thinking back on Dante’s tale now, I think that it has the same sort of aspects that can kind of make Satan a hero, even if it isn’t blatantly said. It’s about the perspective that these stories are read and viewed in. These two authors just wrote about different events that have to do with Satan, which is really the main difference between the two.

During this assignment it really made me think of what a hero truly is. I now think that a hero can be good or evil. While God is a hero for good reasons, I think that Satan is a hero for different and bad reasons, but just because there are differences it doesn’t mean that they can’t somehow be similar. Both of these figures have a hand in punishing people who do wrong, God casts them down to Hell and Satan hands out the punishment that they deserve. Many people think of Hero’s as a person who does good and is good. But now after reading this my perspective has changed. I think that a hero is anyone that has a good amount of qualities a hero is outlined to have, good or evil. Just because someone is known as being evil doesn’t mean that they can’t do heroic type things.

1 thought on “Hugo’s Satan and Dante’s Satan: Heroic or Not?”