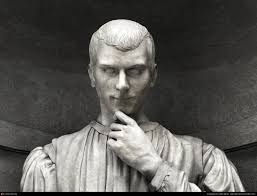 1. Machiavelli had intended to give an outline on the behaviors of successful leadership and the qualities that a prince should have, in order to keep his power. How far does his pattern of contrast between political ideals and concrete realities apply today? Considering leadership is now primarily held in the hands of many instead of one person, it is difficult to speculate on the qualities that the few princes and sheiks have, but if one were to compare the qualities suggested by Machiavelli and the success that they bring to those who lead, it can be assumed that business owners and managers are well to do if they can follow the suggestions provided. Machiavelli poses rhetoric questions about the betterment of leaders who posses qualities such as charitable vs. shrewd. These ideals are complete opposites and Machiavelli further compares the effect that each quality will result in, if one were to hard line to either side. In each comparison that he makes, the result is almost always to have a compromise of both traits, but usualy favors the less socially accepted quality in return for the more predictable benefits. Today, it is almost mandatorily enforced through regulation that bosses treat workers with respect and give fair wages and are held to a standard of transparency that historical leaders were not held to. The ideals that were maintained were by choice and thus the benefits of appearance vs. reality could be used as an advantage. The idea of sales is a similar tactic to that suggested by Machicavelli to give the appearance that a leader is charitable only occasionally and only when people see it and so it will be spoken of. Everyone loves to store with sales and so these businesses are held in high regards as leaders of businesses and how other businesses should operate. Our leaders now raise taxes, in order to pay for government programs and since we have paid high taxes previously, no one really notices the changes. This shrewdness allows for a large budget, but the otherside of the coin is the generosity is boarderline frivilous and thus the government loses the respect of the people for the large defecit acquired. From this speculation, one could say that some of Machiavelli’s perceptions still hold true today.

2. I can honestly say that I do not believe I have read any literature where women’s hair had great significance. I do know from documentaries and history lessons that many cultures have taken great care in grooming and maintaining the female hair. Some cultures, such as Indian have kept of with some what of a weekly spa day, where women would gather and use oils and spices in each others hair to give the hair body, revitalization and desireable aromas. Women of China and Native American societies grew out their hair and used bezzels, berrets and other decorative items to show beauty and femininity. I would imagine that there are many sources of literature that display the hair of women as a desirable and sacred trait, but unfortunately I do not have support references to give. 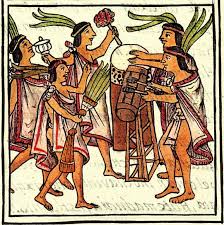 3. After reading the Song for Admonishing, I found the most suitable meaning of flower and song to be honors, like trophies and actions respectively. Flowers were something to be desired, which the princes or warriors that have succeeded have already obtained. These flowers come in many forms and are also used to describe places of great significance, which would lead me to see them as an honorable location where trophies or honors are obtained if one’s heart is filled with the compassion and life to seek them. Songs could easily be reaplaced with actions, but a song or songs are a more beautiful application to poetry and give a better illustrated meaning to battles or courses of action taken to gain these honors. As a culture that glorified the warrior, I believe these words provided are well symbolized in the text.