From my understanding, I think that Machiavelli understood the very unreal, yet favorable characteristics of an ideal prince, today we could maybe compare it to a political figure, or a renowned figure in a church, like a priest.   I guess this is very apropo considering we are in the middle of an election… Every ad you hear on the radio is slandering the apposing candidate, there is never anything good said about anyone.   It is hard to trust anything.   “How praiseworthy it is for a prince to keep his word and live with integrity rather than by craftiness, everyone understands; yet we see from recent experience that   those princes have accomplished most who paid little heed to keeping promises, but who knew how to manipulate the minds of men craftily’ (The Prince/1613).   Take almost any political figure and you will see this in some way shape or form. 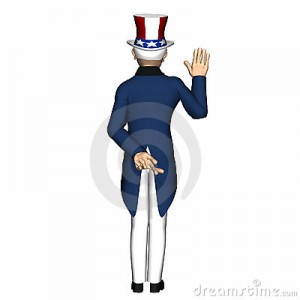 I thought this summed up what I am trying to say. Taken from the internet. 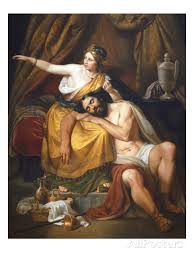 Delilah getting ready to cut off Samsons hair.

What first came to mind for me was the Bible story of Samson and Delilah… Although this story the mans hair has the value.   Samson had long hair, (I don’t know how beautiful it was, I’m thinking it was a little more on the unkempt side…)   however it gave him power and strength.   When Delilah cut it, he was helpless.   I feel as if this story, even though with a man, portrays the emphasis pretty well.   You could also go with the story of Rupunzel, when the evil witch cuts her long luscious locks it as if her womanhood was taken from her.   I think that well adorned, beautiful hair portrayed not only a more feminine woman, but also power.

I think that the symbolic terms for the two may be that the flower is the captive, and the song is the story of the capturing.   The more flowers that the Aztec brings home, the more successful he is considered and the longer his song is.   It also reminds me of old folk tales sung about people, I think it could be safely assumed that the longer your story, the more impressive your life was.

4 thoughts on “An unfortunate truth, womanhood, and the flowers in a song.”