I believe that throughout everyone’s lifetime we have to endure tests of all sorts. Some of these tests are easy, while others are nearly impossible to make it through. These tests can range from just being stuck in traffic for a bit or behind a train, all the way to having your heart broken from something as miniscule in the long run as a boyfriend to having a family member die. While these are all trials that all people have to face throughout their lifetime, the good thing is that these tests aren’t usually all the worst thing that could happen all the time, though they may seem like it. In The Tenth Story of the Tenth Day, Griselda was tested and pushed to such an extreme that it is unbelievable that anyone would even be able to handle such terrible Fortune as that. 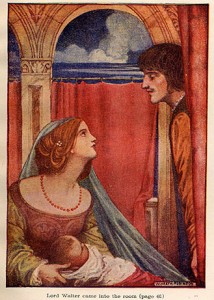 While after reading the story and thinking about it over and over I find it difficult to think of why Griselda was being tested and even more difficult to think of a reason that it would be a good idea as Gualtieri seemed to think. The best answer reasoning that I could come up with was that Griselda was being tested in such a way because of the time period that this story was set in. The answer to the discussion question I think is that she is being tested because in this time period wives are supposed to obey what their husband says and wants them to do. This is part of the way to show honor and loyalty for your family. Also, going along with the story it says that Gualtieri didn’t want to take a wife but was kind of forced into it. So in order to make sure that he would be able to truly fall in love with someone and that he could trust her to be his wife he put her to extreme tests. While at the time these tests seemed incredibly extreme to everyone, the characters and the readers alike, once the true reasoning behind these tests was revealed the characters just kind of took it in stride and didn’t think anything of it really. But since Griselda passed these tests it proved that she was an acceptable wife. 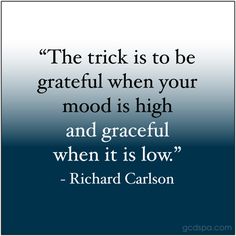 Being raised in this day and age, I definitely cannot agree with the way that Griselda was tested. If those things happened to me, even in that day and age I feel like I wouldn’t be able to stand for such treatment and Fortune happening to me and then just take the guy, who is supposed to have been my loving husband this entire time, back. Even though this is a story I still commend Griselda for being able to be such a strong woman and dealing with all of those tests. It is pretty obvious that any one of us will never have to deal with such a predicament. But if we did I am almost positive that no of us could handle things like that with such grace. I could be wrong though, everyone has different ways of coping with things. So someone could actually have as much grace as Griselda did. The way we handle things is part of what makes each of us so unique.

3 thoughts on “Patience is a Rare Virtue”