1. What do you think Dante learned on his journey through Hell? How does it differ from what you learned while reading about the journey? 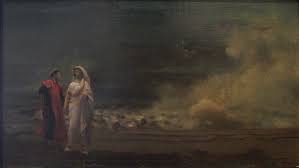 Dante’s Inferno, all 9 levels are bad enough. But what if eternal damnation is simply seperation from God? Since He is light, the opposite would be darkness, forever. Something to ponder.  Painting by D. Alighieri, “Hell”.

Dante’s tale is one that I have to admit I have a hard time grappling with. On the one hand, I can see Professor Mozzatta’s point, that the tale is one in which Dante is asking questions about life, politics, right and wrong, justice, agency, etc. A sort of ethics discourse. But on the other hand, the story seems to have shades of personal life to the point of being “heavy” with matters that seem to trouble Dante.  In the beginning, he awakes, lost and alone in life and this apparently is what the Dark Wood represents.  As he descends with Virgil into the various levels or Circles, he frequently begins to feel for the poor wretches he sees suffering.  If he valued them in life, then he continues to pity their plight, but if they were an enemy in life, his pity is severely limited.  Virgil quietly seems to urge Dante on, as he levels barbs and spite at enemies that he sees suffering.  Interesting.  I would think that this would land Dante in the hypocrisy level with those poor souls.  From the point at which the two travelers reach their descent into the Eighth Circle, the story seems to take on more of a “Lord of the Rings” aspect.  A constant leap from one adventure to another.  In each one of these adventures, it seems as though another “famous deceiver” or the like is fighting off whatever terror he must deal with, but is able to spend a moment talking with Dante and Virgil, getting attacked again or bursting into flame once they have made their point or received information about life back in Italy.

As time goes by, it I think it is as if the “Pilgrim” becomes more and more callous towards the “sinners”.  In the second to last Canto, he does not honor his promise to aid Friar Alberigo.  “To be mean to him was a generous reward.”  He turns away, even though he has uttered an oath, claiming the same punishment for himself if he fails to keep the oath.  This then clearly indicates that whatever history of betrayal Dante is referring to justifies his treatment of the victim, frozen in the ice.  This trend toward the trapped souls continues throughout the “Comedy”, starting with struggle in the boat, while crossing the river Styx.

Unlike the Pilgrim, I am not under any illusion as to my own worthiness.  I believe I qualify for hell on several levels.  I don’t know what hell is really like.  I do believe in it, and I do believe it is exactly what the Good Book says it is.  There is however, one point that I feel I can share an agreement with Dante on.  Early in the voyage, he encounters those that sense and long for God’s comfort and presence, but are utterly separated from His being.  Except for the “Lake of Fire” referred to in Biblical text, the only other description for Hell is seperation from God for eternity, …which is a very long time. 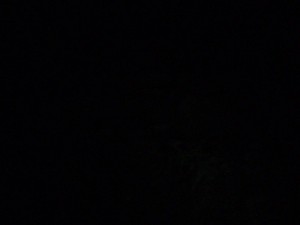 Now, I am not an expert and I am simply expressing opinion based on what I have understood, but God is light..pure bright light.  Away from Him is nothing.  So, when He says “Depart from me, I never knew you”…I think there is nothing but eternal darkness.  Call me cracked, but I just don’t think that humanity can even fathom what this must be like.  I guess that’s why I believe it to be so.  It is unfathomable, …just like God.

3 thoughts on “Dante and His Inferno”