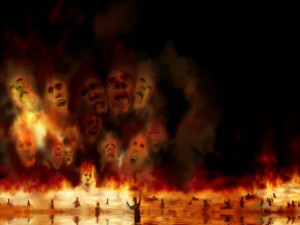 Dante to me represents all humans. More often than not we must experience the bad in order to know the good. How can we appreciate the glory of Heaven and grace of God if we have never seen the justice of God and Hell in all its gore and flames? At some point in every life we are pilgrims, trying to find ourselves and our place in the bigger picture. Everyone I know has gone through their own personal Hell; some are still there. But most have come out the other side a better person, with more empathy for the path of others. Virgil as the voice of reason and the teacher helps Dante reach the point in his journey that he can come out the other side a better person with a clearer vision of the Christian path. 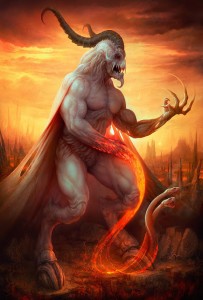 I was inspired by the graphic details of each circle in the inferno. In the second circle — Lust, it brought about images of whirlwind romances. Lovers forever caught in the gusts of their passion. In the eighth circle — Fraud, where flattery is punished by living in excrement, I found it fitting that those who piled it so deep you need a shovel to get out, find themselves in the pile of filth deep as that which flowed from their mouths. Unlike Dante in his compassion and pity for the sinners, I found myself intrigued more than empathic with the sinners. I learned I have little compassion for sinners as portrayed by Dante. Like a scientist I would love to examine what made the sinners tick and how the punishments tortured them.

I had to take the MMPI test (or as I like to call it — The how nuts are you test) for medical reasons several years back and in receiving the results the doctor said I was a hard person and a total witch; though he actually used the ‘B’ word to describe me. This reading and introspection brought back memories of that day and others when people have commented on my outlook as being harsh. I am a brutally honest person who does not sugar coat my opinions or sacrifice my values for another’s feelings. I personally found it hard to relate to the emotions Dante was experiencing to the suffering of those in Hell. Growing up on a ranch I experienced life and death and the consequences of actions daily. Choices made have an immediate impact in several daily decisions. Working with animals and equipment if you do not take the proper precautions or safety seriously it can cost you limb or life. I have always rode for the brand and lived by my word. My husband calls me naive because I expect others to stand behind their words also and to be true. I found the price paid by the sinners to be just and fitting, you do the crime you pay the time.  I know I am not perfect and my way is not the only one. My outlook is very different than Dante’s where as he can relate to the sinners the whole time I was thinking   “now you shouldn’t have done that should you, see where you ended up’. 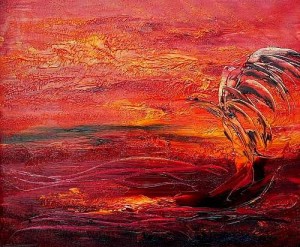 Dante came out of the inferno with a clear understanding of all the levels of sin and the justice handed down from God. It showed him the right path and brought back his moral standard. It was a reminder to me that it is good to put yourself in someone else’s shoes and see their side of the story so that we can share a greater view, whether you agree with them or not. It is not my place to judge. As it was not Dante’s place to change Hell only to experience and learn from his travel.

1 thought on “Me and Dante – a learning experiance”