1. How are we to understand Shahrayar’s madness? Does it make sense to you? That is, are male egos in macho societies that frail, or is his a special case?

“By God, had I been in your place, I would have killed at least a hundred or even a thousand women.   I would have been furious; I would have gone mad…”   — King Shahrayar’s reaction to his brother’s tale of woe, a foreshadowing of future terror. 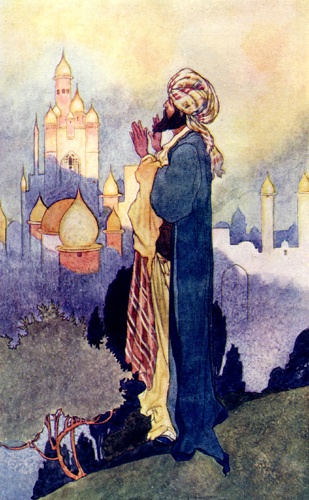 “Old Time Tales”, by Charles Robinson. The Fairy-tale quality the Western world has put on the “Nights” may hide an unpleasant reality.

Madness in pain and wrath?   I don’t think there is too much that is far fetched when it comes to King Shahrayar’s pain, rage or his ability to rationalize his behavior.     We still see shades of this type of thinking in the Middle East today.   Punishments are brutal and little in the way of rational thinking is involved.   (I’m thinking of cane whipping, lopping off hands, stoning, etc.)   These things existed there and still do, especially involving adultery.   Gaddafi and Saddam and their sons all delighted in such orgies of power and wrath.   So if we take into consideration the fairy-tale nature of Shahrazad’s story, its not too much of a stretch to take the kings natural hurt and anger and tip it over into the vengeful, fit of rage of a king given over to his wrathful bent.   But is it madness?   I think it is in a way, but only just so far.   Such a king would have been accustomed the power he possessed.   Like Henry VIII killing wives at a frightful pace, his wife is dispatched, almost like an anti-climactic after thought, his real rage being reserved for every young maiden, every night, for the unseen future.   Three thousand?   That’s a bit much…probably a result of intending to impress the listener of the tale with an imposing number.   Even vengeful wrath in the form of murder and rape will eventually burn itself up or require a greater rush for satisfaction.   But such a reaction in an irrationally powerful man, in a culture that celebrates the power and will of the man over the woman is not only to be expected, but is probably assumed just and warranted.   Anyone who has been betrayed in a marriage can attest to the damage and wounds it can cause.   The male ego is intense, like a lion’s, and as is typical of humanity, often irrational in its reaction to pain.   The very real pain of being shamed by betrayal suggests a mockery of the king’s powerlessness to protect his honor and his domain.   That is a very real male emotion, regardless of society or madness.

2. Both the vizier and his daughter, Scheherazade, tell tales that surround their human characters with important animals, but the animals play different roles in the imaginative worlds of father and daughter. Compare and contrast the powers attributed to the animal world in The Tale of the Ox and the Donkey and The Tale of the Merchant and His Wife with those described in The Story of the Merchant and the Demon. How may these differences reflect the contrasting visions of gender relations so central to The Thousand and One Nights?

In both the vizier’s and in Shahrazad’s tale’s animals share an unhappy lot.   To be an animal in, “The Thousand And One Nights” is not a blessing.   The Donkey and the Ox are at the will of the master, like slaves in a plantation pen and if the master wills it they are driven hard.   Likewise, the plight of animals in the story’s told by Shahrazad is similar.   Each animal is being led by the one who prevailed over the treachery the human-turned-animal has attempted.   Only in the “Master and His Wife” is the role of the animal beneficial and productive to the master.   And only in this tale, is there an animal whose personal lot is described as luxury (the rooster has many wives and does as he pleases). 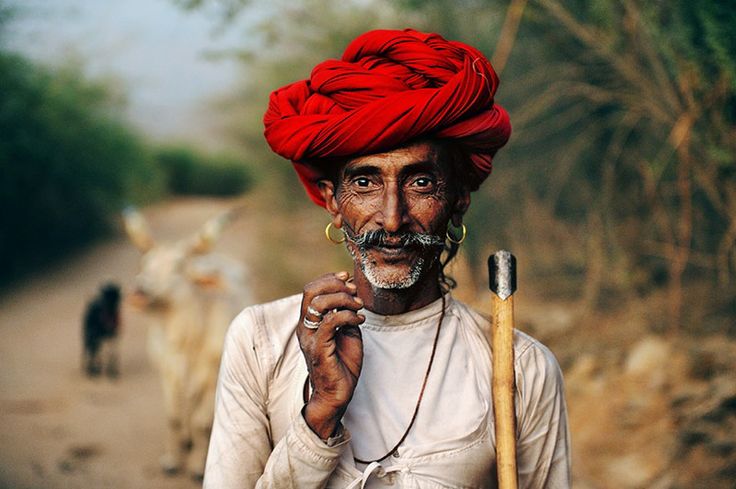 Life as an animal is not to be desired and really, neither is a woman’s if the vizier’s version is accurate.   Whether animal or female, they are subject to the master.   In the vizier’s story however, animals speak so that their thoughts may be known, their treachery or wisdom revealed and their story’s purpose is illuminated.   In Shahrazad’s tales, they do not speak, but show misery through whimpering and crying out.   The power in each of the tales told to the king come from sorcery used initially to deceive, then as retribution on the deceiver or the perpetrator of wrong.   In these tales however, the emphasis is on the mercy given in the end, in spite of treachery and importantly, women can also be the source of healing.   In the first two tales, another sorceress acts honorably and is able to restore the victims to human form, likewise, the female Jinn saves the Merchant from his brother’s treachery.

3. Do you believe the penalties suffered are appropriate to the sins committed in Dante’s Inferno? Why or why not? 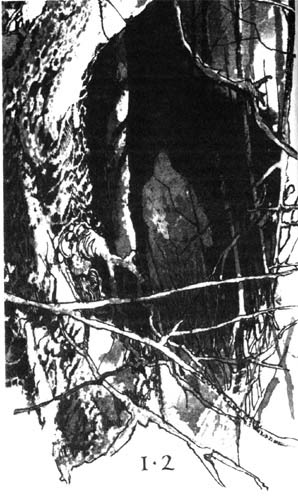 “I woke to find myself in a dark wood, Where the right road was wholly lost and gone” Canto I, Lines 2-3

Is lying under the river Styx in a swill of slime an equal punishment for the sin of sloth?   And how is it that Dante’s wish to see Filippo dunked in slop not worthy of the same punishment that Filippo is already suffering?   The problem with Dante’s version of the punishments awaiting the sinful of this world is they are assuming that you are to be punished for a particular sin; the sin of slothfulness, lust, heresy, violence, failure to be baptized etc.   But for which sin of many are the sinful to be punished?   Is each man and woman to be punished only for one?   I don’t know anyone who struggles with only one.   At least, not the ones described in Biblical writing.   For instance, Ceasar and Hector, are armed and ready, and suffer no punishment other than limbo, but surely they were men of violence and should rightly be several floors down in a boiling lake of blood.   Additionally, I think Dante’s punishments are distributed in such a way as to punish particular people he has known or known of as he sees fit, judge and jury.   Biblical truth seems to lag or be completely irrelevant here.   Dante is supposedly describing hell as it was designed with the Christian God, but I see little of it.   The Bible reveals very little about these things, except for the Lake of Fire.   However it does help illuminate why it is impossible to reach a heaven reserved only for the worthy.   How could any of us ever qualify?   Which sins will we be punished for?   They are too many to count.