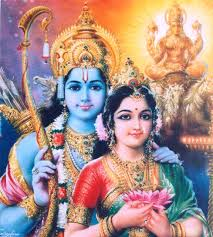 1. The fact that Rama is very nearly perfect doesn’t make him less interesting than the other heros we’ve read about. In fact, I think it makes him a little more interesting. While the other heros were succumbing to pride or anger, Rama is a great guy just trying to get to Heaven. He lives and breathes dharma by not getting upset and calmly accepting what’s happening around him. You’re almost waiting for him to screw up and get carried away by anger, and it actually almost happens when his wife Sita is kidnapped. Having the human factor of justifiable anger was a good touch, and his brother stepped in to calm him down before he could carry out his anger. This mirrors the scene when Rama’s mother, Kausalya, gets upset that Rama is leaving for his 14 year exile. She gets upset and tries to talk him out of it while he calmly lists off the reasons he must go. She pulls herself together, just as Rama did when Laksmana talked him out of his anger, and accepts the exile. These examples illustrate the Hindu belief in dharma (following the path to heaven) and kharma (the consequences of actions that keep a soul on earth). Rama was following dharma when Kaikeyi sharply ordered him to exile – after all, his father owed this wife two boons, and Rama was essentially following his father’s orders. 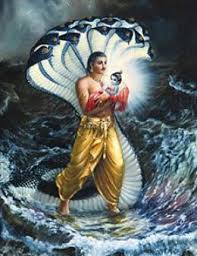 2. I have to admit, I didn’t really like Achilles. Arjun’s struggle wasn’t really anything like that of Achilles’; Arjun is struggling against the conventional teachings of his life. Killing kinsmen was not something to be done, lest you invite kharma and you suffer in the next life. Arjun is worried about doing the right thing for his soul, whereas Achilles was only wounded by pride and refused to do the right thing for his army by coming back to fight. In Greek times, violence was all around and it was commonplace for a man to be  suddenly called up to fight a war. Krishna, on the other hand, preached about overcoming anger and jealousy to become a better person, as well as respecting and loving all things. Somewhat different than the Greeks with their fight, fight, fight mentality. Sura 5 of the Koran reiterates the  Hindu values of dharma  by stating that “be true to your obligations” and “do not violate the rites of God” – basically, “you will get into Heaven by following the rules”.

5 thoughts on “The Ramayana and the Bhagavad-Gita”