1.     In my opinion from what little I have read, I would say the most dramatic difference in the Islamic version of heaven and hell verses the Christian or Jewish interpretations comes from the Journey to achieve the end goal. Overall the idea of a perfect existence after death if you go to heaven and an eternity of suffering if you go to hell. I find it interesting that all seem to believe in a type of divine judgment albeit at different points along the journey to or through the afterlife. 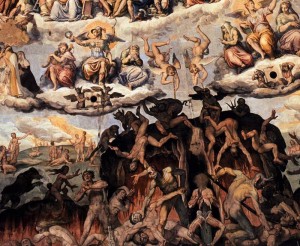 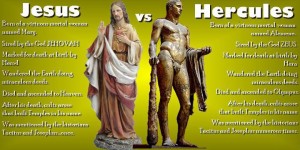 3.        Ancient gods were cruel unforgiving and more interested in entertainment than anything else. Gods of this genre were unbalanced and bi-polar to say the least. The repentance introduced with Christianity seems like it would have eased some of the pressure of religion on everyday life, even removed fear of a gods retaliation. Needless to say if all a sinner has to do to get back on a gods good side is repent, pay the church and a couple hundred hail Mary’s, who wouldn’t trade up from a lifetime of fear of Zeus’s wrath. In Gilgamesh and The Iliad the god’s were painted as meddlesome and quick to anger, each one with their own agenda.

Something I’d like to add is the difference between study today versus when I was in high school. In high school religious opinions and interpretations in the class room were  taboo, and avoided in order to respect differing opinions and beliefs(and avoid lawsuit). But now it seems that religion is fair game and not just from a literary aspect, also from that of history. I I find myself relatively uncomfortable addressing any opinion or lack there of that I may or may not have, of any religion due to my early education. This combined with the fact that I was not raised in a religious household nor do I hold to any religion in my adult life, makes discussions on this topic foreign and distasteful to me.

3 thoughts on “Lesson 5: New Testament and the Koran”