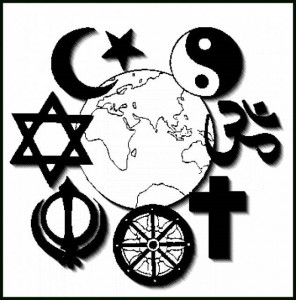 Throughout the world there are all sorts of different things that people believe in. Not everyone has the same views on things whether it be able sports, politics, or the normally hot topic of religion. In each form of religion there are different views, whether they are big or small, on how people see Heaven and Hell, God, or read the stories that each Bible has. Even though there are differences there are also some similarities within each religion as well. In the following discussion I will go over the differences and similarities between the Islamic perceptions of Heaven and Hell and the Christianity and Judaism views as well. 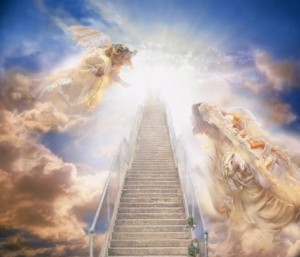 Heaven: In the Islamic view the central goal of life is to believe in and serve God so that one day they can be accepted into Heaven. By serving God and doing other good deeds the people of the Islam culture can then enter into Heaven, or Paradise, as it is also called, and the people who have not will otherwise be cast into Hell. It is their belief that their actions is what will truly get them assigned to either Heaven or Hell. It is also in their belief that humans will be resurrected then brought to God for judgement. One other thing is that in the Koran time is taken to describe Heaven, saying that “Heaven includes plentiful food and drink, without any feelings of satiation or intoxication.’ In contrast the Christianity and Judaism do not mention such a description. It just really states that sadness, pain, and other ailments will end for good. Another difference between the Islamic views and Christian and Judaism views about Heaven is the way that people can pass into Heaven. In the Christian and Judaism view a person needs to repent for the sins that they made in life and “get right with God’ before being allowed into Heaven. But, it is said that God is very loving and a person will not be punished for something they did not do. They should also live a good life though, by doing right and not wrong. This belief can somewhat intertwine with the Islamic views of what it takes to get into Heaven if it is thought about. While the views of Heaven can agree and disagree between religions one thing will always be true, Heaven will always be believed in by these three religions. This then brings us into the beliefs about Hell. 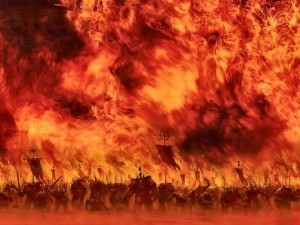 Hell: It just about goes without saying that if there are differences between these religions and Heaven that there will be some sort of difference between these religions and Hell. I’ll begin with Islamic views on Hell. The Islamic religion views on Hell are definitely different from that of Christianity and Judaism. In the Koran Hell is mentioned frequently and described as having 7 doors to 7 different levels. The 7 levels are there representing how terribly you sinned. That meaning that depending on how bad of a crime or wrong doing you committed is which level you will enter into. It just about goes without saying that level 1 is the worst punishment one could suffer. In the Christian and Judaism belief system Hell is seen as a place that you don’t necessarily have to spend the rest of your afterlife there and is only a single level. There is also the added purgatory when it comes to the Christian religion. Similarily these three religions do believe that you can get out and be forgiven by God. More comparison could be made yet but I feel as this comparison topic on Hell was the best to choose. 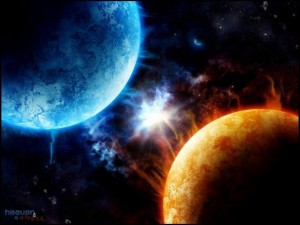 As above shows, there are a few differences between how these three religions view Heaven and Hell. However, while there are differences there are similarities as well. In one way or another everyone’s religious views are somehow intertwined whether they realize it or not. While I do believe in God and some of my views differ from other peoples it doesn’t mean that it should be a cause for argument. Having different beliefs about things in life is what makes everyone unique and that should be embraced more often instead of being causing arguments between religions. These days it does seem like everyone is more tolerant of each other, but I believe there is still some progress that needs to be made if we can one day hope to live in a world of harmony.

1 thought on “Heaven and Hell: Differences With Some Similarities”