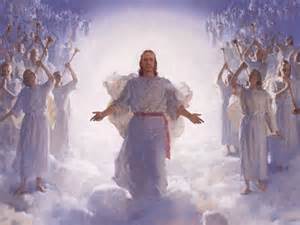 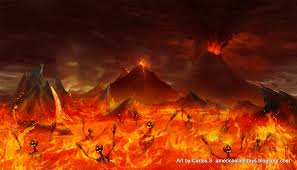 I find the biggest difference in the three religions in the way people get to heaven or hell. The Jews and Christians believe that if you have repented of your sins and believe in God that you will go to heaven. While the Islamic’ s   do not believe that faith in God alone is enough to get you into heaven. Being a Muslim in of itself is not enough you have to have true faith and life a live filled with good actions. When you die your actions will be weighed to see if you have done more good than bad actions in your life.

Pagan audiences were used to tales of gods and demi-gods. They had listened to countless stories of the gods procreating with humans and having children with great powers. So the fact that Jesus was born of a virgin impregnated by God was something they could relate to from other stories. The Star of David and the magi also parallel with elements from Greek and Roman mythology. Being born in a stable was like of the birth of Horus in the stable of Isis, the Virgin Goddess.  Many myths also contained human sacrifice so Jesus dying on the cross for our sins was just another form of human sacrifice. Just like Attis being nailed to a tree and the annual sacrifices to Zeus.

When Jesus said God rejoiced over a repented sinner God suddenly became a more loving and merciful being. Suddenly God became a higher being that was worthy of devotion. God was benevolent and caring towards humans. This God differs from the Gods in Gilgamesh and the Iliad. The Gods in these stories showed many humanly qualities that were negative in nature and they were very selfish. They would use humans as pawns in their own little games. People worshiped them out of fear, they didn’t want to bring the wraith of the Gods down upon themselves.

1 thought on “Discussion Question 5: The New Testament; The Koran”