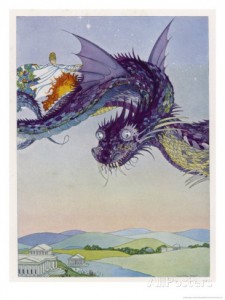 1. Madea is a woman, but Euripides has presented her as a figure previously thought of as exclusively male- A hero. Analyze her character in the play with that of Achilles and conclude with a judgement on whether or not you think Madea is a hero and why.

At first, I had believed that Madea would be a hero, who represented a facet of society that had been misrepresented and given unfair roles in their culture. As a protagonist, Madea is sentenced to exile, after her husband takes the princess of Corinth as his bride. Not only has her heart been ripped out and her children with Jason have now lost a father, but she is sentence into exile because she is clever and apparently this is a poor and dangerous quality for a woman to have in this type of situation. I believed that Madea would bring a redeeming quality to women and justice in the balance of the storyline, but this is the point where her character goes astray and becomes the anti-hero. Like Achilles, her pride is damaged and she feels spited for she has given all for Jason, including the death of her brother and and scorn of her father. Achilles felt his honor had been stolen with the taking of his love Briseis, which is similar to the love of Jason being stolen by arranged marriage. Both of these situations played as the catalyst for these “hero’s” actions. As it plays out, Madea is willing to sacrifice her own children, in order to hurt Jason in a most discrete manner. This sacrifice is similar to that of Achilles praying for the Trojans to gain ground upon his fellow Greeks as revenge upon the honor of Agamemnon. Their spiteful nature and pride are the two most similar qualities that Madea and Achilles possess, but ultimately Achilles can be viewed as a hero of the Greeks, while Madea is seen as a mad woman, even by those close to her. Madea poisons the princess of Cornith, which spreads to her father and also causes him to perish in a violently horrifying manner and intends to murder her children to spite Jason. At one point, Madea is hesitant in murdering her children giving hope that she will snap out of her rage and redeem herself in some way. Madea states in lines 1031-1035, “Do not, O my heart, you must not do these things! Poor heart, let them go, have pity upon the children. If they live with you in Athens they will cheer you. No! By Hell’s avenging furies it shall not be,–” In this quote, Madea gives up her last sentiment of morals and ultimately takes the role of the anti-hero. I could not justify calling her a hero of any depiction, unless she was a hero of a masochist. I do believe that this could be where the saying, “Hell hath no fury like a woman scorned” may have come from.

2. Job makes the claim that his life has been virtuous and devoted to the worship of God and so he does not deserve the calamities that have befallen on him. He asks God for an answer, but the voice from the whirlwind does not deal with his question. Why does Job accept God’s assertion of divine power and not press for an answer to his question? Why is he satisfied with what he is given? Do you find the end of the dialogue satisfactory?

Job is awe struck that he even receives a response to his rant. He had only heard of God through “rumor” and is completely taken aback by the assertion of God’s power. God never does give a direct response as to why all of this undeserved grief fell upon Job, but through all the references that God makes to creation and his place vs. Job’s place in the world, the point is certainly made that Job had no right to question why. Job states that he will put his hand to his lips and not speak again, more fearful than ever that he would bring judgement upon himself. This challenge in itself, which Job had finally claimed publicly, with his visitors present, is pride for the ways that Job believes that he has lived. By the end of Gods depiction of reality and his directions, Job is satisfied with living and therefore no long needs justification for he has learned his place. After fulfilling God’s directions, Jobs prior assets are doubled and he is given new sons and daughters to replace what he has lost, which brings great fulfillment to Job. I found the end of the dialogue to be interesting because I believe that Job says something that many may say in the same situation, “I knew You, but only by rumor.” 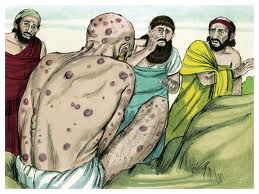