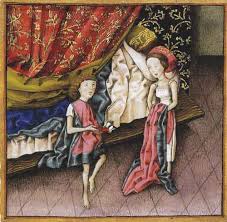 Neither Media or Achilles are what I would call heroes because heroes are individuals that perform extraordinary deeds that serve others beyond themselves. Achilles is so consumed with himself that it prevents him from ever really becoming a hero. He often simply takes action due to how he feels which is what drives him to withdrawal from the war and get Zeus to put the Trojans on the winning side. Media on the other hand is driven to a very terrifying extent by both her stalker type love for Jason and her own perceived status among people. This explains why she has no problem killing her brother and her children without expressing any sort of regret.   Which points far more to being a sociopath rather than a hero.

To perform the actions that Media took to take her revenge she definitely did break out of the role of the regular greek female. I’d say that taking that action is defiantly to be admired but it is transformed to become not something that would promote change but destroy the chance for it. This is because Media a strong capable woman is presented as having confronted with something that occurs in greek society like the discarding of her marriage. With her reaction to this being to kill everyone who is involved in her life except for Jason. Starting with her own children and ending with burning to death her husbands wife and new father in law. Thats pretty terrifying and does not say that if you let a woman be an individual good things happen and this should be encouraged. Instead it says that if you let women be smart and capable they will be sociopaths and kill everyone who so much as says no to them. Which I don’t think is a very welcoming message for part of human society. 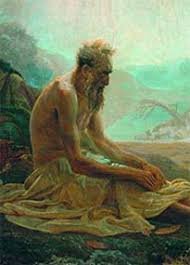 Job accepts the Yahweh’sassertion of divine power because it provides perspective. He gains this because Yahweh starts to describe the entirety of creation from the center of the earth to the birth patterns of an antelope. Which allows Job to see beyond himself and consider his condition compared to the rest of creation. Seeing beyond himself in this manner shows Job how inconsequential he is and this is what quiets him.

I do find the end of the dialogue between God and Job satisfactory. I feel this way because at the end of the dialogue it becomes more than Job complaining about his life. Instead it steps into a perspective into life showing how the ancient jews attempted to explain why bad things happen to good people. Showing that you aren’t the center of creation and sometimes there are things that are happening in the world that prevent your desires from coming first.