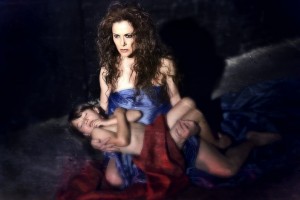 1. If Madea were only male, would that have changed the outcome or story? This we will never know. But what we can know is the madness in her heart and the depth of her sorrow. Madea is very similar to the previous character Achilles. Both are prideful of spirit, have a deep love, react out of emotion, and seek revenge.

Pride causes both characters to act rashly. When their honor is taken away, each character respond in very selfish ways. Each beseeches the Gods to intercede on their behalf to right the wrong as they see fit. Each lets their ego and emotions rule them.

Just as Achilles loved Patroclus, Madea loved Jason, and both in their own ways where lost. Patroclus was killed, while Jason gained a new wife in essence replacing Madea. Madea’s situation may not appear as severe as Achilles but in this woman’s world it was. She had killed her own brother to help Jason, betrayed so many out of love, to be thrown away like garbage when offered the hand of the King’s daughter. As a foreigner she had no rights, not even those of a wife. Jason was free to marry whomever he wanted because in his culture foreign marriages where not seen as binding. Madea was mistaken to think hers was different because of the oaths she made with Jason.

Both are so lost in grief and madness they do unthinkable, sacrilegious things. Achilles dishonors Hector’s body but Madea goes further. Madea kills Jason’s new bride and her father the King, plus her own children; just to spite Jason. She wraps herself so close in her own psychosis she cannot see the atrocities she is committing even when others point it out. Madea, unlike Achilles, has no one like Priam to pull her out of her own obsession.

Madea is a hero for the rights of women in a time where women had little to no rights. She did things and said things only a man had the right to. She stood firm, talked her mind, and took chances most women of the time would never have even considered. She was a voice screaming about the injustices and wrongs perpetrated on women by men who held all the power. I can see the play being a great scandal of the time. It is outrageous, masterfully played out, and leaves the reader shocked at how far the main character takes her madness to gain what she sees as poetic justice toward Jason. Madea is not what many would consider a hero, especially after she takes the lives of her own children to make Jason hurt as deeply and feel the betrayal she herself has felt at his hands. If the tale did not go to such extremes it would have lost its powerful undertone about rights, injustice, and the woman’s side of the society of that time. Madea is a hero for what she represents not for the deeds she executes. Her deeds make her a villain, ruthless and self serving. Who said all heroes had to be good? 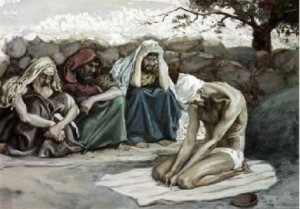 I am satisfied with this answer only because I have more information than Job. I got a chance to view behind the curtain. As a human I am also satisfied with the outcome, I know there are things beyond my knowledge. Job understands that he is just a brush stroke in the painting of the Universe and that he cannot see the whole design. I really like how Job can accept the good and the bad, and still love God and trust in Him. I can relate to Job, my health has had many ups and downs, though nothing compared to Job, and I still am thankful to God. Those closest to me have asked, “Why do you still thank God and pray when he has never answered your prayers?’ Similar to Job I tell them I can’t know the mind of the Gods and look at all the experience my soul is gaining with these trials. That is faith. Faith is what Job had.

5 thoughts on “Who said a hero had to be good?”