1. The Secret Life of Walter Mitty (2013)  is based on a short story by James Thurber. In the movie version, Walter Mitty is a “negative assets manager” at Life magazine – his job is to document and archive photo negatives, as well as deliver them to the photo department for  publication in the magazine. Walter is a guy who’s kind of just coasting through life – managing his elderly mother’s budget and trying to work up the courage to send a “wink” to his online (and office) crush. He’s also a complete  space cadet. He  daydreams himself into the photos he sees daily, always ending up as a hero saving either the office staff or his crush, Cheryl, from the “dragon” – in this case, the nasty  layoff manager Ted.  When it is announced that most of the employees will be laid off after Life ceases to publish paper copies of the magazine and goes fully digital, Walter’s last job is to deliver a negative that captures the “quintessence” of Life and will be the last cover photo.  Unfortunately for Walter, that negative – sent to him personally by the legendary photojournalist Sean O’Connell – is missing. Thus begins our unlikely hero’s journey to find the missing photograph before he loses his job. 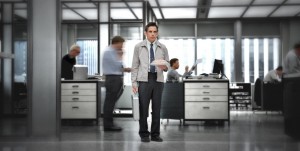 There are a few scenes that stood out to me after learning to recognize the Hero’s Journey stages.  Walter’s call to adventure begins when his job is threatened after discovering that the negative of the last cover photo of Life is missing. He sets out to find O’Connell and almost immediately refuses to answer his call – boarding a helicopter to take him to the ship where O’Connell is rumored to be on. (In his defense, the pilot is not a sober man.) However, one of his daydreams takes over and he sees a vision of Cheryl urging him on (his supernatural aid),  and before he knows it, he’s jumping on the helicopter as it lifts off. From here, his road of trials begins as he tracks O’Connell through multiple countries, shark-infested waters, a volcano, a quick command  stop back in New York,  and finally to the Himalayas, where he finds that O’Connell doesn’t actually have the negative (his belly of the whale moment). O’Connell tells  Walter that the negative was inside the wallet that the photojournalist sent  him as a gift for all  of  the years of dedicated work Walter put in at Life. Defeated, Walter  heads  home, only to get stuck in LA  (due to a little misunderstanding with security), which results in a Refusal of the Return  moment:  with no job and no negative, why is he even going home?  During his  previous stop in New York, Walter had been fired for failing to recover the negative and had thrown away the wallet in despair. However, his mother saved it and upon Walter’s return home, gave it back to him (the Rescue from Without). In an example of the Freedom to Live, Walter rushes the negative to the photo department at Life and finally faces his dragon by telling off  the nasty “corporate transistion manager” Ted. He walks away ready to face the world with Cheryl by his side. 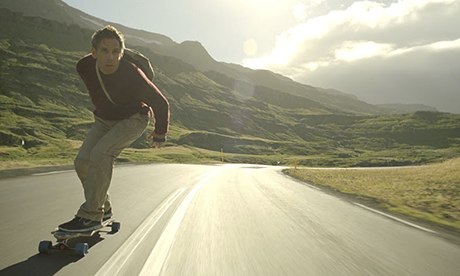 2. As far as current cinema meeting the four functions of mythology? I’ve seen a handful of movies that could claim this (like How to Kill a Mockingbird), but I think  these days movies are pure entertainment. From The Teenage Mutant Ninja Turtles to Independence Day to Die Hard, and even the sappy romance comedies, cinema in the present day really isn’t about deep soul searching but the bottom line; how many explosions and pretty superstars can Hollywood put in a movie to appeal to the most people and therefore make the most money? My feeling is that books have overtaken the four functions of mythology as their own again, and will probably continue until cinema catches up.