While reading over other students posts, I realized that many movies are the same.  Granted that they all have different characters, a different setting, and perhaps different lessons; they more or less are very similar.   (I would love to hear who agrees and disagrees with me.)  As I noted on Jacques post about the Lion King, aren’t most movies, granted maybe horror/comedy, about a hero who goes on a journey of some kind to achieve a goal or greater good?  And upon completion is a better person who has learned a valuable lesson?

Many movies already mentioned; the Hunger Games, Eragon, and many Disney movies follow the guidelines of a heroes journey.  A movie that came to mind for me was Captain America.  Captain America started off as a “nobody”, he was too short, too week, too poor, etc.  He wasn’t even allowed to enlist in the Army.  He is then selected for an experiment (which makes him totally huge and powerful) and starts his “Hero’s Journey” to stop the bad guy and attain world peace.  After his departure, he has his initiation.  I would say that most of the movie he is faced with obstacles and trials which are all a part of his initiation.  For Captain America’s return, the first movie was definitely a “Return from Without”.  At the end of the movie, the only way to save everyone is if he crashes into the ocean.  He is frozen for years and brought back by explorers who find him buried in ice. 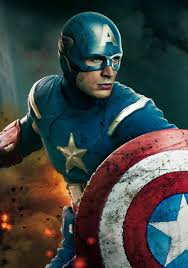 Many movies today seem to be more and more alike.  I would say that many of them touch on the basic characters of a Hero’s Journey but not all go into great detail.  However today’s movies can achieve to meet human needs stated, some of these are  “childhood to adulthood”, “a picture of our society in which each person belongs”, etc.  Movies meet these needs because  these are basic plot lines that we are comfortable with and know.

5 thoughts on “A Hero’s Journey”